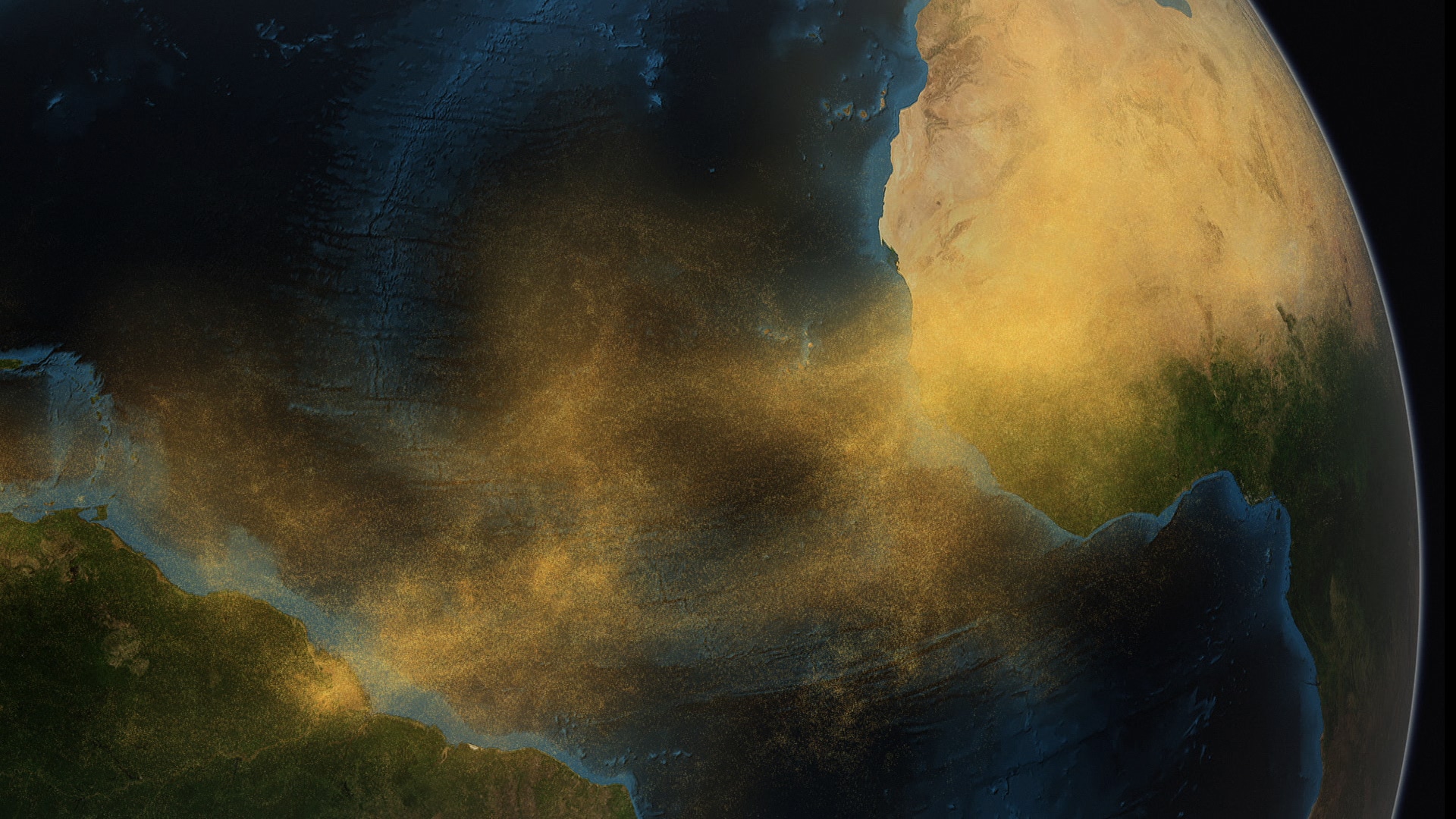 Particle extinction-to-backscatter ratio (lidar ratio) is a key parameter for a correct interpretation of elastic lidar measurements. Of particular importance is the determination of the lidar ratio of the Saharan Air Layer mineral dust transported into the free troposphere over the North Atlantic region. The location of the two sun photometer stations managed by the Izaña Atmospheric Research Centre (IARC) on the island of Tenerife and a decade of available micropulse lidar (MPL) data allow us to determine the lidar ratio under almost pure-dust conditions. This result can be considered representative of the Saharan dust transported westward over the North Atlantic in the subtropical belt.

Three different methods have been used to calculate the lidar ratio in this work: (1) using the inversion of sky radiance measurements from a sun–sky photometer installed at the Izaña Observatory (2373 m a.s.l.) under free-troposphere conditions; (2) the one-layer method, a joint determination using a micropulse lidar sited at the Santa Cruz de Tenerife sea-level station and photometric information considering one layer of aerosol characterized by a single lidar ratio; and (3) the two-layer method, a joint determination using the micropulse lidar and photometric information considering two layers of aerosol with two different lidar ratios. The one-layer method only uses data from a co-located photometer at Santa Cruz de Tenerife, while the two-layer conceptual approach incorporates photometric information at two heights from the observatories of Izaña and Santa Cruz de Tenerife. The almost pure-dust lidar ratio retrieval from the sun–sky photometer and from the two-layer method give similar results, with lidar ratios at 523 nm of 49 ± 6 and 50 ± 11 sr. These values obtained from a decade of data records are coincident with other studies in the literature reporting campaigns in the subtropical North Atlantic region. This result shows that the two-layer method is an improved conceptual approach compared to the single-layer approach, which matches the real lower-troposphere structure well. The two-layer method is able to retrieve reliable lidar ratios and therefore aerosol extinction profiles despite the inherent limitations of the elastic lidar technique.

We found a lack of correlation between lidar ratio and Ångström exponent (α), which indicates that the dust lidar ratio can be considered independent of dust size distribution in this region. This finding suggests that dust is, under most atmospheric conditions, the predominant aerosol in the North Atlantic free troposphere, which is in agreement with previous studies conducted at the Izaña Observatory.